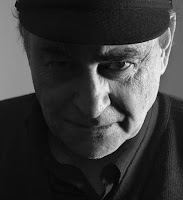 The news apparently went out this morning. Jacinto Molina, better known over the last several decades by his screen name Paul Naschy, has died from cancer at the age of 75. I didn't turn on my computer until this evening and I suppose I may be a little late to the wake. Hopefully not too late.

Over the years, Paul Naschy essayed his own unique variation on every sort of traditional horror character in the book--a rampaging mummy, a gleefully evil warlock (who spent half the movie in which he appeared as a severed head), a way-too-healthy Dracula, a hunchback (one who operated in not just any place but a morgue and not just any morgue but the Rue Morgue). But, of course, it was Waldemar Daninsky, Naschy's Byronic wolfman, which became his signature part. It was the one that launched his career, the one he obviously loved the most, the one to which he always seemed to return and the one that gave him a lot of his best movies and a lot of his success. FRANKENSTEIN'S BLOODY TERROR, Naschy's first turn as the wolfman, is what first brought Naschy to the U.S. at the dawn of the '70s. WEREWOLF SHADOW, his 3rd wolfman outing, became a massive international hit, raking in a fortune all over Europe and making him a star. Naschy returned to the character a dozen times over the years, with, at times, better results than others.

It's easy to understand the character's durability. Naschy, a former competitive weight-lifter, was a stubby fellow with a power-lifter's build perfectly suited for a classic wolfman and Naschy brought to the part a ferocious physicality; he looked every inch the wild animal out for blood who, darting hither and yon through the night, would just as soon rip you to shreds as look at you, and he looked mean enough to carry out the threat implicit in how he carried himself. Naschy was better as a wolfman than anyone who ever donned hair and fangs and loped across a set. As the human Waldemar, he was always a sympathetic sort, a likable chap who suffered under an horrendous curse and for whom love itself was usually a death sentence--as he went along, Naschy added to the films a piece of lore that said a werewolf could only die at the hands of someone who loved him.

Naschy's specialty was Gothic horror. He was first exposed to it as a lad when he encountered FRANKENSTEIN MEETS THE WOLF MAN and it clearly made a strong impression on him--his films were, for decades, littered with references to it. When Naschy entered the horror field in the late '60s though, the Gothic tales near and dear to his heart were rapidly going out of fashion after more than a decade of genre dominance. The decline progressed rapidly until Gothics often seemed like museum pieces but Naschy stayed in the ring, undeterred, still plugging away at it decades after much of the movie world had seemed to have moved on. Considering the state of horror over the years he was working, it's remarkable--and a real credit to his tenacity--that he was able to keep making these kinds of movies. He's gotten a lot of respect for it over the years. He deserves every bit of it.

Naschy's horrors were always awash in traditional Gothic trappings--moonlit nights, crumbling castles, dark, cobweb-bedecked corridors and ancient curses--but though steeped in this tradition, he was an inventive writer who never felt constrained by the conventions that accrued around it. His scripts are marked by a seeming willingness to throw in everything and the kitchen sink, which, at their best, makes them a delight and at their worst can often also make them a delight but, of course, for very different reasons. Usually, you never know what's going to happen next. Over the years, Waldemar the wolfman encountered (and often battled) vampires, aliens, an abominable snowman, even the formula of Dr. Jekyll. His Dracula could be vicious but he, too, took on an utterly sympathetic edge--as it turned out, he did what he did not because he was evil incarnate but because he was on a mission to resuscitate his dead daughter. He abandons this quest for love of a mortal, only to have his love reject him. Unable to bear it, he commits suicide by driving a stake through his own heart! Naschy keeps it in the Gothic but his is definitely not your grand-daddy's Dracula movie and though choppy and seemingly hastily assembled, COUNT DRACULA'S GREAT LOVE is definitely a keeper. I thought this mad, audacious, everything-and-the-kitchen-sink approach reached a particularly cacaphonous crescendo in HORROR RISES FROM THE TOMB, a gleefully insane film that's one of my all-time favorite Naschy flicks.

After reading about Naschy's work for decades, I only got around to watching his films a few years ago. I've become rather fond of them. Before falling on some economic hard times, I consumed every one on which I could lay my hands--quite a few in this wonderful era of DVD--and became a bit of an evangelist for them. Only last night, I'd pulled out FRANKENSTEIN'S BLOODY TERROR and given it a re-watch. My mother, of all people, came by while Naschy was on the screen in the midst of his first werewolf rampage. She usually hates horror movies and wouldn't know Paul Naschy from Paul Bunyan but even she stopped for a moment to watch him work. "He's good at that," she said.

I'm going to miss him.