Hello, all. The past 9 months have been really hard for me. I won't relay the full details here--who wants to read about others' problems, right? Suffice it to say I'm having a very hard time dealing. It's been hard to write anything. It's been hard to do anything. Just being has been a pretty difficult and unpleasant thing. Creating content for this blog, in particular, has seemed impossible (for reasons I'll spare you). Earlier tonight, I jotted down what became this new article. It's pretty short and I don't know if it's the beginning of a return to form or just a fluke. It has a light-hearted air about it I'm not really feeling but apparently I was able to tap into the memory of when I could feel it. Anyway, it's new; here goes:

With the third entry in the DEATH WISH series, Paul Kersey, Charles Bronson's introspective vigilante from the 1974 original, is finally boiled down to what the Reagan era mistook for his essence, shedding those niggling bits of humanity that made him interesting in the original and going straight one-man-army on yo' ass and, more importantly, on the asses of a gang of no-good punks in what seems to be a ruined city at the end of time. This is the flick that finally answers the question, "What would it be like if Paul Kersey was plunked down in an Italian post-apocalyptic action flick?" Most of the no-doubt legions who contemplated this intriguing question in the early '80s could scarcely have imagined they'd one day see it so prominently answered. 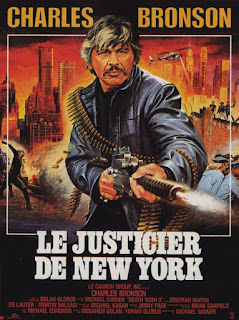 Bronson's Kersey responds to a friend's call for help, returning to a version of New York that looks suspiciously like a version of ESCAPE FROM NEW YORK as rendered by an Enzo Castellari or a Sergio Martino. In a burned-out, collapsing ruin of a once-a-neighborhood, the five or six Law-Abiding Citizens, who seem to be the only somewhat normal people who remain, are perpetually menaced by an entire army of '80s gang-bangers, who wear their era on their lack-of-sleeves from their denim vests (the standard-issue '80s Movie Gangbanger fashion) and in their strict multi-ethnicity (in the cinema of the '80s, racial divisions don't extend to subhuman villainy--all bad men are brothers). The simpering victims suffer heaping helpings of rape, murder, arson, and rape and bewail their fate with appropriate drama and melodrama until Charlie shows up intent on cleaning up the town.

Charlie is the God of Bad-Ass-ery among mere mortals in this one. A relentlessly grim man on a mission, our elderly hero don't need no rockin' chair or no Medicare--at a spry 64, he's able to run down and out-fight healthy 19-year-olds who are a lot bigger than he is. He can beat them down, gun them down (with guns that are also bigger than he is) and blow them up all day long then go home at night, hop in the sack and put a big smile on the face of a Token Love Interest young enough to be his granddaughter. By the end, he's racked up a body-count that makes Rambo look like Beetle Bailey and, as the cherry on top of this slaughter souffle, liquidates his nemesis, the reverse-mohawked leader of the villainous gang, with a rocket fired from a few feet away, reducing the sadistic thug to atoms without even mussing his own hair.

The original DEATH WISH earns its status as a gritty classic, in part because it was genuinely Thought Provoking. The team behind DEATH WISH 3 apparently identified this as a problem with that earlier film. And, with DEATH WISH 3, they certainly remedied it. The film does manage an impressive feat of its own though. Aggressively awful and without a single other redeeming characteristic, it still manages to be utterly, relentlessly, even mercilessly entertaining. Sometimes, that's all a movie needs.[1] A poster on one of the IMDb boards this morning reviewed it and rated it 9 out of 10. I don't deal in number ratings, of course, but if I did, I suspect I would probably put it somewhere closer to 12 out of 10.

[1] An alternate interpretation: DEATH WISH 3 is perhaps the only unintentional surrealist masterpiece in the history of cinema. Can there be any doubt that if Buñuel had made an '80s action picture, it would look an awful lot like this? Except maybe Martin Balsam would have been in a dress at some point.
Posted by cinemarchaeologist at 12:30 AM 8 comments: 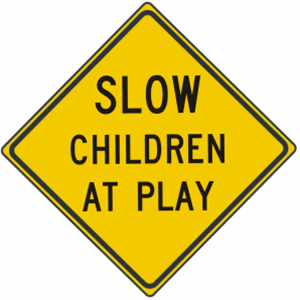 Born in Birmingham, Alabama, David Friedman went into America's cinema underground as a younger man and, by the time he was an older one, had become a legend in the exploitation film trade--as he put it, with his typical carny-barker's flair, the Mighty Monarch of Exploitation. Among his accomplishments, he gave birth to ILSA: SHE-WOLF OF THE SS (though that isn't one in which he took much pride), and, with Herschell Gordon Lewis, he invented the gore film. He turned in over 50 movies in his long career, specializing in sex films, where his formula was at least one straight scene, one spanking scene, one lesbian scene. "Something for everyone," as he put it.

Asked, about 25 years ago, what inspired him to make his first movie with Lewis, Friedman said "I owned a drive-in theater in Joliet, Illinois that was playing a lot of junk on the weekend. One day, I said 'Christ, I can make a better picture than that!'" The two made a string of pictures, but really struck gold with drive-in-classics-to-be BLOOD FEAST and 2000 MANIACS.

Friedman was a good, jovial fellow, with a great, bawdy sense of humor (usually present in his films--sometimes omnipresent), and he was absolutely brimming with fantastic lore from his days in the biz, when he'd palled around with many of the founding fathers of exploitation. I'd grown quite fond of his work, courtesy of Image's "Something Weird" discs (his many, many commentaries on those releases were sometimes better than the movies themselves).

He died this morning in Anniston, Alabama, at the age of 87.

The king of sexploitation dropping dead on Valentine's Day seems as if it should inspire a much grander sililoquy than I've managed here. Unfortunately, my life has me pretty down just now, and, my troubles of the romantic variety being compounded by the fact that this, of all days, is my birthday, I don't have a better one to offer than this: I'll miss him.