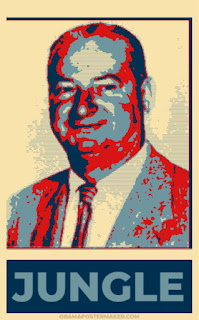 Born on this day--7 July--in 1901, "Jungle Sam" Katzman. Not a household name, but one of the most prolific b-movie producers of the 20th century. "A picture that makes money is a good picture--whether it is artistically good or bad," Sam told Variety in 1957. "I'm in the five-and-dime business and not in the Tiffany business. I make pictures for the little theaters around the country." And that's what Sam did for four decades, turning out, in rapid succession and for relative peanuts, a mammoth assemblage of popular screen entertainments of every species and level of noteworthiness. At present, the Internet Movie Database lists 239 credits for Sam as producer but even that doesn't appear to be complete. Interviewed in the '60s, "Katzman admitted that he'd lost count of the number of pictures he'd ground out," writes genre historian Tom Weaver, "but guessed it might be as high as 1200."[1] The truth is probably somewhere in between.

Katzman produced two of stop-motion wizard Ray Harryhausen's first films. IT CAME FROM BENEATH THE SEA in 1955 featured a giant octopus, unleashed by an H-bomb, attacking the Golden Gate Bridge in San Francisco. To save money--always tight on a Katzman picture--Harryhausen created an "octopus" with only 6 tentacles--less to animate. This proved a huge success and Katzman and co. followed it in 1956 with EARTH VS. THE FLYING SAUCERS--alien invaders destroying most of the famous landmarks in Washington D.C.
In 1957, Katzman intended to employ Harryhausen's effects in another monster flick, Mark of the Claw, but when this looked as if it would be too expensive, he farmed out the effects work to, um, lesser talents, giving birth to THE GIANT CLAW, featuring what was supposed to be a Godzilla-scaled, near-indestructible avian menace from the stars but that looked, instead, like some demented Muppet--specifically, in perhaps a bit of metatextual concession, a giant turkey. With arguably the worst movie monster of the 1950s but with everyone on screen taking the whole affair very seriously, THE GIANT CLAW became a cult classic. 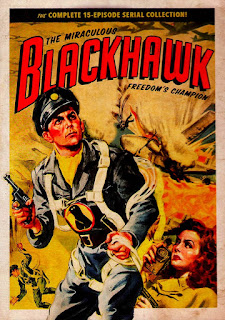 This is the era of copious comic-to-screen adaptations and Katzman, who did many, was responsible for some milestones in the genre. He produced the first live-action Superman projects, SUPERMAN in 1948 and ATOM MAN VS. SUPERMAN in 1950, starring Kirk Alyn as the Man of Steel and Noel Neill as Lois Lane (a role Neill would reprise in the very successful ADVENTURES OF SUPERMAN tv series a few years later). Katzman produced BATMAN & ROBIN (1949), with Robert Lowery as the second live-action incarnation of the Caped Crusader. Steven Spielberg is reportedly developing a movie based on DC Comics' Blackhawk; Katzman produced the first BLACKHAWK in 1952.[2]

"Rock Around the Clock" is now regarded as a rock classic but when Bill Haley and His Comets originally released the record, it was only a very modest success. That is, until MGM used the tune to open THE BLACKBOARD JUNGLE in 1955, instantly making of it a mega-hit. Katzman smelled opportunity; he scooped up Haley and co., the Platters and other rock acts and within months released ROCK AROUND THE CLOCK, the first of an all-new genre that would quickly become omnipresent: the rock musical. 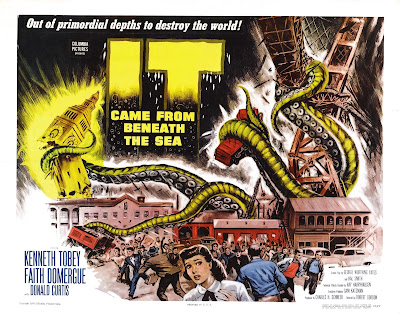 Katzman made 10 movies with Bela Lugosi.[3] In the '60s, he made Elvis movies. He worked with beloved--for both good and bad--cult directors like "Wagon Wheel Joe" Lewis, William "One-Shot" Beaudine and Edward D. Cahn. His career as a producer extended from Hollywood's Poverty Row in the '30s to his best years at Columbia to, later in life, the big dogs of MGM and 20th Century Fox. The diversity of his work is extraordinary; he can honestly be said to have made movies in nearly every genre. A lot of movies in every genre. Genres that predated him, genres he invented, genres that have passed into cinema history and genres that will never die. Back in 2007, someone at Sony--who wasn't paid well enough for this--decided to spotlight Katzman's work in one of those never-die genres as part of the studio's "Icons of Horror" series, offering a set featuring beautiful prints of THE GIANT CLAW, THE ZOMBIES OF MORA TAU, THE WEREWOLF and CREATURE WITH THE ATOM BRAIN. Later this year, Arrow Video intends to release the same 4 movies in "Cold War Creatures: Four Films From Sam Katzman," an extras-laden limited edition Blu-ray set. Sam made movies to make money, and he often bragged that he never lost money on a movie and given his tight budgets and the supportive market in which he released them, that may even be true. On his birthday, it seems a nice thought that, nearly 48 years after Jungle Sam's death, they're still making that money.

[2] Jungle Sam was fond of Jungle settings, and among his other comic adaptations were KING OF THE CONGO (a 1952 version of Frank Frazetta's Thun'da character), DC's CONGO BILL in 1948 and a series of movies starting in '48 made from Alex Raymond's Jungle Jim comics, and starring Johnny Weissmuller, who had just finished a 16-year stint playing Tarzan at MGM. In 1955, Katzman was in the midst of producing a sequel to Columbia's adaptation of Lee Falk's comic strip hero THE PHANTOM when he got into a dispute with the publisher, lost the rights and simply renamed the character in the film "Captain Africa." THE ADVENTURES OF CAPTAIN AFRICA--definitely not one of his finer moments.