Once Upon A Time, The Revolution

PARANORMAL ACTIVITY, reportedly made for something between eleven- and fifteen-thousand dollars, became the #1 box-office draw in the U.S. at the end of October, issuing a stern take-down to the latest entry in the mighty SAW franchise. At a fraction of the production budget of THE BLAIR WITCH PROJECT, it has now eclipsed that earlier film as the most profitable ever made.

The Revolution is upon us. 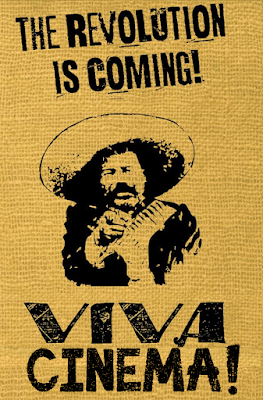 We've seen quite a few no-budget DIY features in the last few years. It's a full-fledged sub-culture but only a few of us pay it any mind at the moment. We're going to be seeing a lot more of these movies in the near future. All the pieces are in place. Features can now be made for the cost of a used car and when you have talent behind the camera, these can be quality features, not glorified home movies.

The next several years are going to be a wonderful time for the cinema. Hits of this magnitude probably won't be common but there will certainly be more of them and there will be scores of more moderate successes, which, at such microscopic budgets, will be "moderate" successes only when judged against the numbers for something like PARANORMAL ACTIVITY. When a film costs so little to make, it's easy to make a profit if you can get it seen.

That can be a big "if," admittedly. Not, I suspect, as big an "if" as everyone seems to think though.

Technology has opened the field to a whole new breed of indies, filmmakers who can pursue their dreams without the threat of being financially destroyed if their project comes up a dry hole. If they're into it for a pittance, relatively speaking, and it never gets off the ground, just eat it and move on to the next one. Their only limitation: How much money they have in their pockets, how many people they know, how many resources they can tap to bring to the screen whatever they can dream up.

The Revolution is going to put the cinema in the hands of those who really love it. People, given access to the medium, will unleash their creativity. We'll have horror films, dramas, comedies, action pictures, variations on everything under the sun. Vigorous genre cross-breeding. Entirely new genres may appear. All the old rules will be scrapped. Movies will take on forms we can't even imagine. We'll hear from segments of society that have rarely had a voice in the cinema. All the ingredients for this are in the pot. People are picking up cameras. The success of PARANORMAL ACTIVITY is going to make these films multiply like lab rabbits on Viagra. I think it's an exciting time.

--j.
Posted by cinemarchaeologist at 9:10 PM