Earlier today, I was poking through the message boards at the Internet Movie Database and came across a rather thoughtful post that suggested the horror genre was dying in the U.S.. The author listed several reasons why he thought this to be the case--elements of the films, trends in marketing, etc. Many of them were solid points, a few not so much so. The solid ones had, as I saw it, a single source but it was unstated--and perhaps unrecognized--in the article, so I jotted down a few comments aimed at outlining my own thoughts on the matter. The author had offered the view that bigger budgets were a factor harming the genre at present and while I thought he was right in most of his details, one line in particular caught my attention and I used it as a point of departure for my own remarks:


"It might appear shortsighted to say a bigger budget would have a negative effect on a film. The more money spent, the better the film will be, right? Not always."

Actually, it's practically never, and anyone who thinks otherwise has no understanding of how films are made. More money means more money-men running the show instead of creative people. A gaggle of suits pulling the strings almost inevitably means the final product is dumbed down, watered down, unoriginal, slick, mass-appeal trash. And not trash in any good way.

The "problem" with horror cinema today is the same it has been for years: Hollywood.

In horror's last great era--the '60s and '70s--film was still somewhat affordable and with all sorts of markets for all sorts of movies, crazed maverick indie filmmakers popped up everywhere and with a few bucks, a dream, some bologna sandwiches and a whole lot of heart, they were turning out crude, brilliant mini-masterpieces. Lots of crap, as well--99% of everything is always crap and that applies here too--but the gems so outshined the fool's gold that the latter do almost nothing to drag down our gleaming estimation of that era.

Hollywood barely touched those years. The big studios coughed up a few soulless, upbudget hairballs like THE EXORCIST over those years, a very few jewels like JAWS and a few of them, good and bad, made lots of money but the era largely belonged to the little guy.[1]

All of that ended with the coming of the '80s. Film began to radically escalate in expense while the physical venues that had previously provided the market for the small fry rapidly dried up and died and the newly-corporatized, risk-averse, never-do-anything-that-hasn't-already-been-done, make-'em-slick, dumb-'em-down, keep-'em-tame big studios moved in and began to take over. Reflecting the cultural conservatism growing in some well-heeled quarters, the studios were openly hostile to both the radical notions that had underpinned so many of the best horror productions from the 70s and to the horror genre itself.[2] Home video, which exploded through the decade and had initially proven a profitable refuge for genre fare, was progressively consumed by the corporate chain-stores devoted to Hollywood Uber Alles. This is why the intervening years have been so terribly desolate. Every so often, a good, small movie would squeak out. Sometimes, even Hollywood produced one (usually because a filmmaker who has amassed enough clout to get his way decided to make one). But not often. Anyone who listed "the '90s" as a Great Horror Era would rightly be dismissed as a clueless clown.

The end of the '90s did, however, give us the film that, a decade or two from now, will be seen as pointing the way to the future: THE BLAIR WITCH PROJECT. It was, for film, dirt cheap, embodied the finest tradition of maverick indie horror cinema and made lots of money, demonstrating there was, indeed, a market for this sort of film. This one was slightly ahead of its time. Film was still too expensive (a lot of BWP was shot in Hi-8 video, which wasn't really a viable option for future productions) and the physical market for this kind of film wasn't in place yet (BWP had gotten into the corporate multiplexes via studio backing, which isn't something films of its kind are likely to ever get in any noteworthy number). It pointed the way though.

A technological revolution in recent years has finished setting the stage. DVD came along. The discs are dirt-cheap to create, they've become omnipresent in society and they're so popular that they've surpassed theatrical distribution as the primary source of revenue for films. At the same time, audio and video equipment has improved in leaps and bounds. Progressive scan video cameras that emulate the look of film, computer editing and so on--much more versatile than film but at a microscopic fraction of the cost of actual film.

What all of this adds up to is that quality features on virtual used-car budgets are now possible and a viable physical market for them is now in place. The coming years are likely going to see a flowering of indie films, including horror films, like we've never seen before. It has already begun, though still in its barely-born infancy. We'll get a lot of crap out of this new wave, as is always the case, but in the coming years we're going to be seeing the emergence of some extraordinarily talented people making some really beautiful, ugly, wonderful, terrible art. It's an exciting time to be a fan of the cinema and I think it's going to be a great time to be a horror fan.

So keep your chin up. Things-as-they-are may look bleak, but the Revolution is coming. 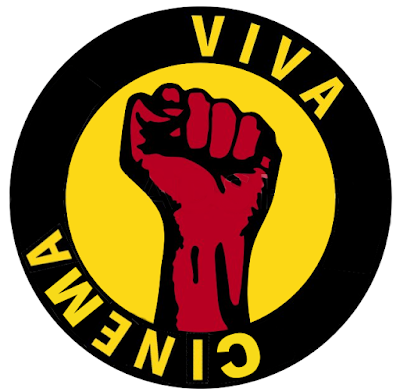 [1] Now, decades later, Hollywood has spent the last several year remaking every classic film of that era, instead of trying to create any new original classics anyone may be interested in remaking in the future.

[2] Which didn't prevent them from hypocritically using horror movies to save themselves in the early '80s, just as they had blaxploitation in the '70s, but they took the profits with a sneer and walked away as soon as they had the money in the bank.
Posted by cinemarchaeologist at 12:56 AM