"Welcome to the Weird New World of TWIN PEAKS"

In April 1990, on the verge of TWIN PEAKS' premiere, TV Guide offered this great little preview of the upcoming series. PEAKS' pilot film would go on to become the highest-rated movie of that year but the show's regular timeslot after that pitted it against then-ratings-monster CHEERS on NBC, the first of an endless series of bad scheduling decisions by ABC that would eventually help do in the series. 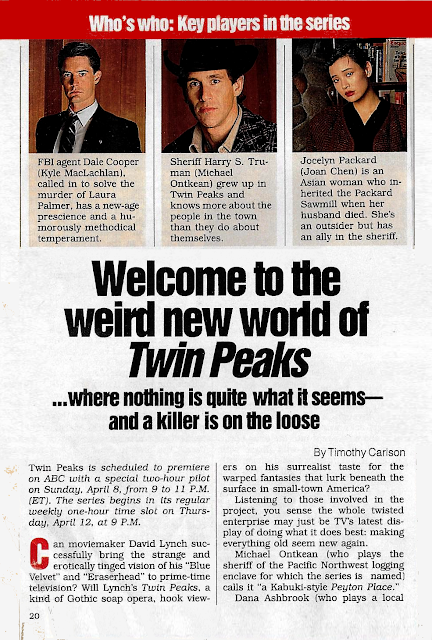 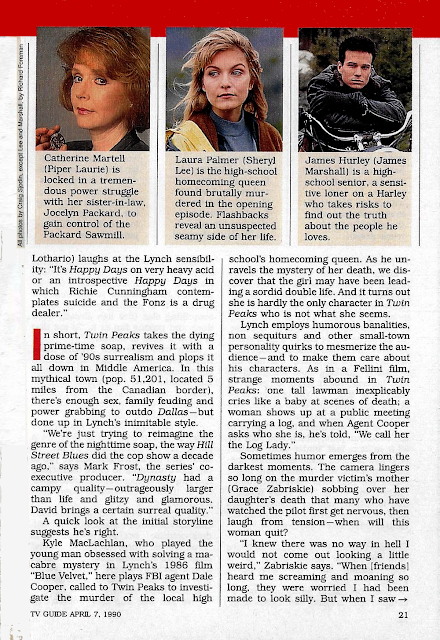 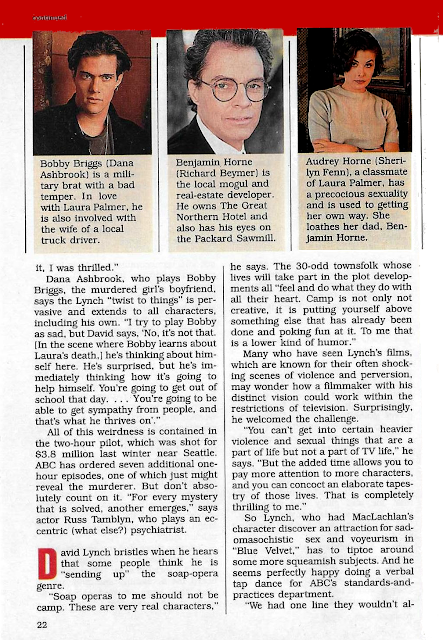 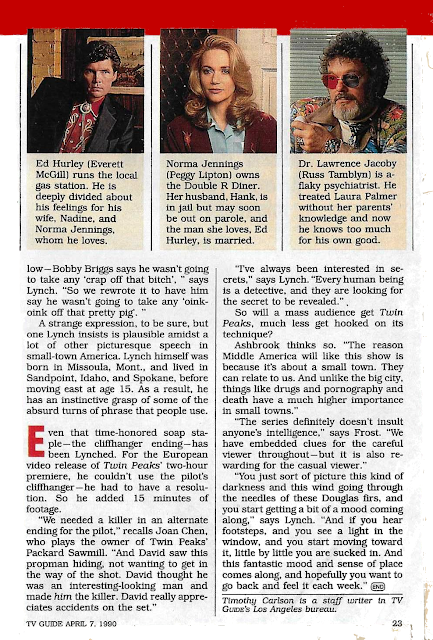