The reviews of THE WALKING DEAD on this blog have long noted Rick Grimes is the Leader Who Can't Shoot Straight. This has always been meant in an entirely metaphorical sense. Rick's a terrible leader. Something I've never covered here before is that it's also literally true. After x number of years in law enforcement and a couple years fighting his way through a zombie apocalypse wherein his survival and that of his people depend on his proficiency with weaponry, Rick has never learned to use a gun. Without an eye on his head, can't aim one with this line-of-sight: 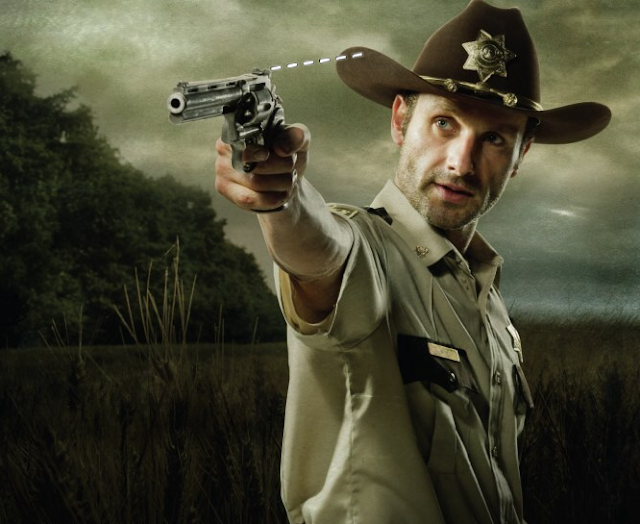 You're gonna' break your wrist doing that! But you ain't gonna' hit a thing: 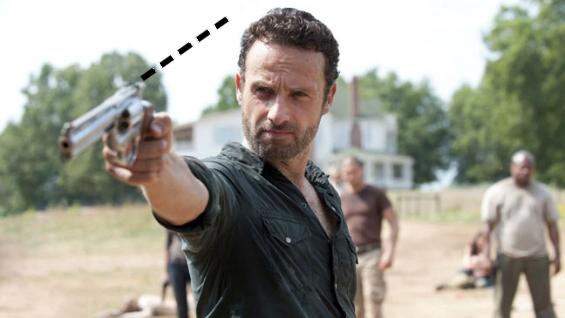 We all know what the guns of these Alpha-male action-hero characters really are, right? When the moment is right, will Rick be ready? 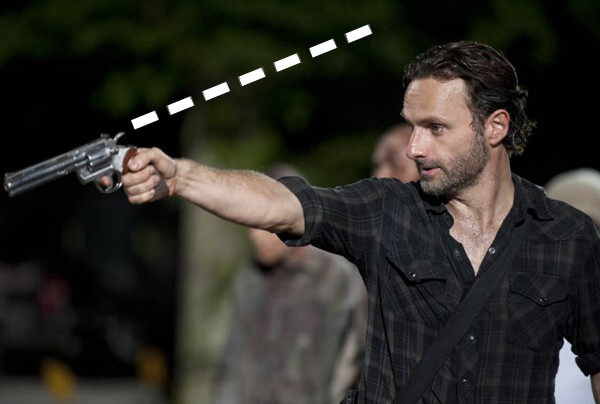 Switching to a longer weapon doesn't produce good results but it's a little improvement--perhaps he's aiming with his ajna chakra: 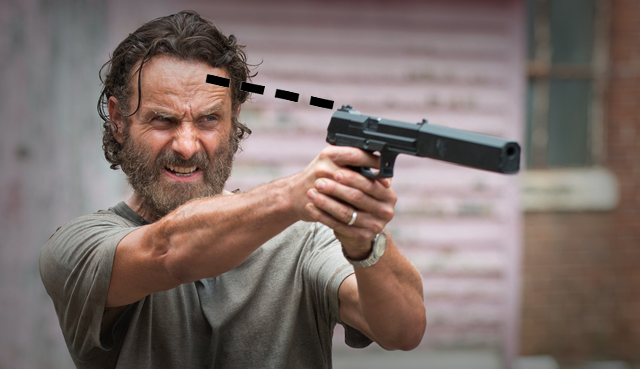 But get him upset, and all bets are off: 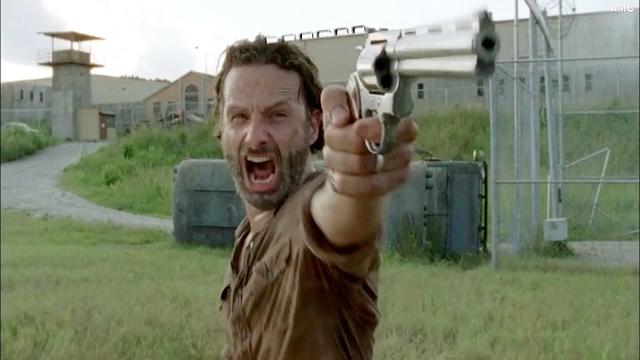 Want to survive an encounter with Rick? Get him teeth-gritting mad: 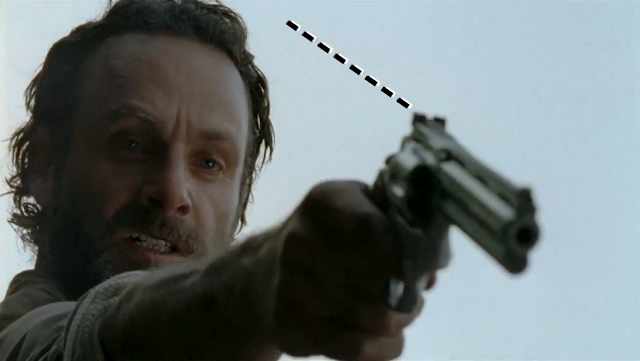 In trying to deal with this, Daryl has shown the patience of a saint:

After launching a Facebook group to try to preserve the nutty WALKING DEAD and Z NATION communities from the Internet Movie Database after IMDb discontinued its message-board system, I've been creating more TWD imagery than usual, the stuff people like to pass around Facebook. This season saw an uptick in Rickless eps, for example: 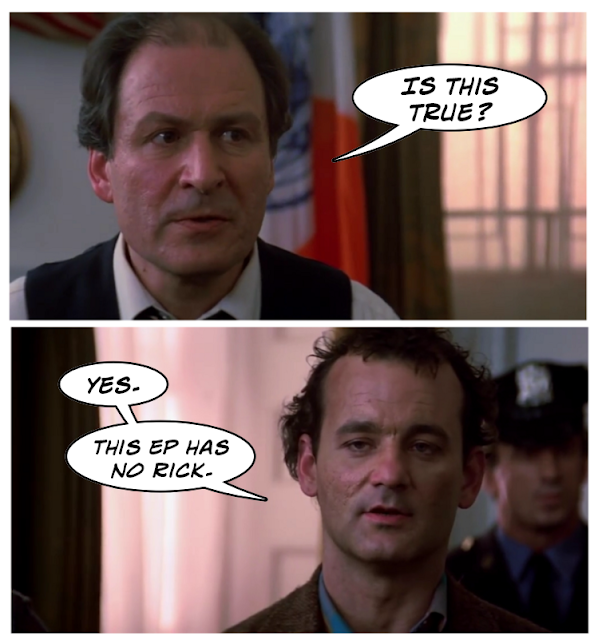 Sometimes, the ridiculousness of the show really begins to wear on the actors: 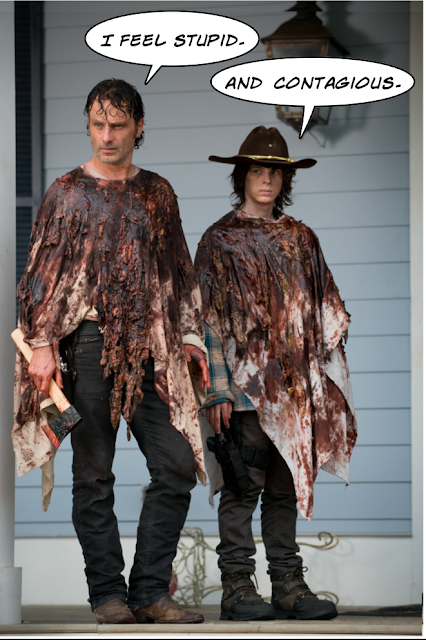 In a candid moment, Rick evaluates the 7th season:

Pretty much says it all.