Going To War With THE WALKING DEAD

Toward the end of season 3 of AMC's unfortunate television adaptation of THE WALKING DEAD, I came across a meme I thought rather amusing. TWD memes are, of course, a dime-a-dozen on the internet, and at some point (on a day when I clearly had far too much time on my hands), I opted to cheapen their worth even more by creating a few variations of my own. I never did anything with them, so I figured I'd just post them here. 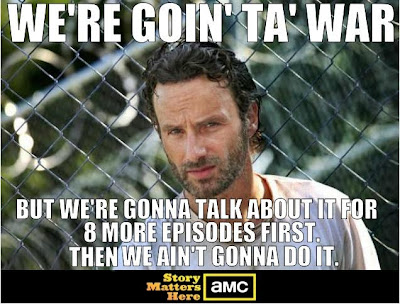 An adequate summation of the second half of that season. Still another... 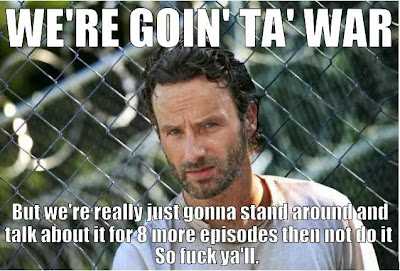 Nicely sums up the attitude of TWD's creators toward its fans.

--j.
Posted by cinemarchaeologist at 1:43 PM