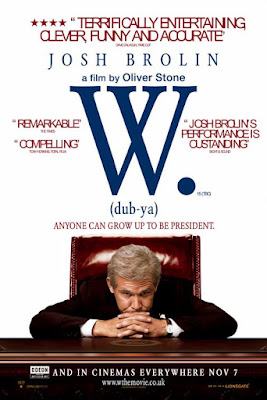 [3] Bush isn't the only one sanitized when it comes to Iraq. In one scene, Bush suggests to British PM Tony Blair setting up Saddam Hussein by trying to get the Iraqis to fire on an intentionally mismarked plane in order to act as a pretext for war. Blair reacts with barely disguised disbelief. This was a real conversation that happened in early 2003 only weeks before the war was launched. Bush really made this suggestion. Blair was not stunned by it. It's a matter of public record, in fact, that he and Bush had, by that point, been involved for months in a conspiracy to try to goad Saddam into some sort of action that could be used to justify a war.
Posted by cinemarchaeologist at 12:41 PM